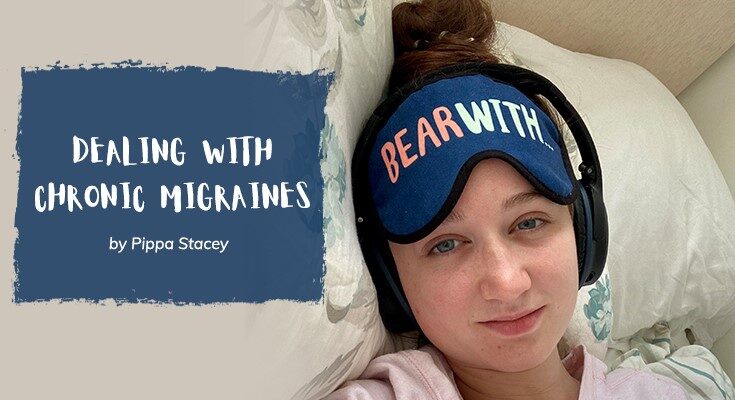 Back in 2016, I experienced around four months of chronic migraines. Those four months gave me some of the most debilitating pain I’ve ever had to endure. From October 2016 through to around January 2017, there were only six days out of those entire four months where I wasn’t suffering with a migraine.

I wouldn’t wish migraines, let along chronic migraines, on anybody. I hope with everything in me that the experiences I’m sharing today were a one-time occasion to reflect back on, rather than something that’ll come back in the future, and my heart goes out to anybody dealing with this condition over the longer term.

Before I share my own story, I want to acknowledge that dealing with any kind of long-term condition will look different for everybody. There’s so much value in hearing the experiences of others, but my best advice to anybody who’s experiencing migraines (chronic, episodic, or otherwise) is to reach out for support. Talk to your GP about a referral to a migraine clinic or neurologist, and reach out to organisations such as The Migraine Trust to access support and advice. You don’t have to deal with this alone.

Before 2016, and even before I became chronically ill, I was no stranger to migraines. They run in my family, and I had a very clear understanding of what a migraine was and what it might feel like even before I had experienced them myself. I only had migraines in this traditional sense very occasionally, but one of my primary symptoms when I first became unwell with ME/CFS was debilitating head pain.

When trying to describe this head pain in a way that feels accurate, something I’ve come back to time and time again is the rather unconventional story of Phineas Gage – a name that’ll probably ring a bell if you’ve ever studied psychology. Phineas Gage was a poor old chap who survived a horrific accident during his railroad construction job in the 1840s: an iron rod punctured his cheek, went through his upper jaw and behind his left eye, and came out the other side of his skull through the frontal bone. Now, obviously it’s a stretch to compare a first-world adult female’s experiences of chronic migraines to one of the most horrific case studies in biopsychology, but to-date, imagining a long iron rod tearing through different parts of my head and face and coming straight out the other side feels like one of the most accurate descriptions I can offer for what this pain feels like. Utterly debilitating.

Throughout my teenage years, I experienced this head pain more and more frequently. I’d flagged it a few times with my GP, and when it began to affect me more days than it didn’t, I was referred to a neurologist. It was only then that I learned these pains I was experiencing were actually migraines too. I didn’t have the ‘aura’ stage that around a third of people with migraines go through, but everything else remained a constant – I would feel a deep, pulsating pain towards the front of the left side of my head, made worse by any movement or sensation, including changes in light or noise. I wouldn’t be able to read, or look at a screen, or even think too deeply without worsening the pain, and my eyes would almost feel as though they could no longer process information. Generally, it was difficult to do anything other than lay in a dark room and just…bear it. Concentrate on making it from one moment to the next. These sensations would last for hours or days at a time, and even afterwards I would experience the well-documented ‘hangover’ effect which also reduced my functioning. A few days later when I’d finally begin to feel a little better, the next migraine would kick in.

My entire life had to be adapted to fit around my chronic migraines – not ideal for somebody who had just started studying for their postgraduate degree. I’d wake up from unrefreshing sleep, dose myself up on prescription painkillers and then get through as much work as I could possibly fit in two hours, before crawling back into bed and spending the rest of the day recovering. It was utterly unsustainable, and it took some sombre words from my GP and the neurologist to make me see that changes had to be made. As I mentioned, condition management is incredibly unique and I would always recommend seeking professional advice before adapting your own lifestyle, but here are some of the changes I made to get my chronic migraines under control:

Though I still live with frequent head pain as part of my condition, I’m so grateful to have come out of the other side of my chronic migraines – hopefully for good. If you can in any way relate to my experiences, my best advice would be to seek professional help, consider lifestyle adjustments and adaptive equipment that could help you feel more comfortable, and cut yourself some slack. You’re doing the best you can, and you will get through this. 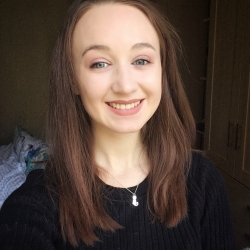 Pippa Stacey
Pippa Stacey is a chronically ill writer, who blogs at Life Of Pippa. As well as fundraising and campaigning, she works with various charities and organisations, producing written content to support their aims. Her other areas of interest include invisible illness, independent living, inclusive theatre and the arts, and accessible education and employment. Connect with Pippa on Twitter here, and Instagram here.