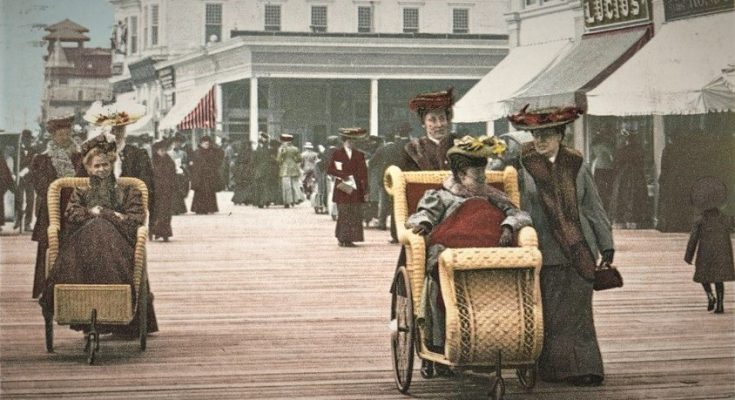 The wheelchair has to be the most innovative and life enhancing mobility invention ever made. With a wheelchair, people who are unable to walk, or tire quickly when on their feet for long periods, are suddenly able to get out and about again. Whether you use an attendant wheelchair (we call them transit wheelchairs) or a self-propelled manual wheelchair, you are able to get out again to attend events, visit friends or and go shopping.

Wheelchairs were once a rare sight, but today, we see them almost everyday, and we now even have a TV travel show hosted by Paralympian Ade Adepitan, who explores Africa in a wheelchair in the BBC series Africa with Ade Adepitan. What makes them so great is that of all the wheeled mobility devices available they are the cheapest option, the lightest, and do not require any batteries. You can take them on trains, planes, and cars, use at home or take away on holiday, and spend the whole day out in one without worrying about the battery going flat and leaving you stranded. So if you have good upper body strength and stamina, a wheelchair is a great option. But, how did they come about?

Wheelchairs are much older than you might think. Stone inscriptions dating back to the sixth century have been found in China and Greece that show furniture that can be considered an early form of wheelchair. However, there are no details of these inventions.

The first device that we know was used as a wheelchair was the model made for King Philip of Spain in 1595. King Philip was 68 when he needed a wheelchair after suffering a case of severe gout. Although the inventor is unknown, the design was recorded in paintings. It had 4 wheels, which were small so King Philip could only use it with the aid of an attendant. But this wheelchair was certainly fit for a king, with plush upholstery along with arm and leg rests.

It was not until 1655 that a self-propelled chair was invented. Stephan Farfler was a paraplegic who had broken his back when he was a child. He worked as a clock-maker and used his mechanical skills to build a hand pedal powered chair, which used cranks and cogwheels to turn the front wheel.

This form of wheelchair continued to be built for around 250 years. The picture to the left is of a British designed wheelchair built between 1910-20, which is now in the Science Museum. This looks more like a modern wheelchair, but with hand driven wheels.

The bath chair was developed in 1750 by British inventor James Heath. Bath chairs were first made from wicker and provided a comfortable by lightweight form of mobility transport that was especially suited to areas with plenty of space. They were used mostly outdoors, but also known to have been used in the Roman baths at Bath – they were often used to transport wealthy patients around spas.

They were considered so useful that they were then used widely to help with injured soldiers following the American Civil war, and continued to be popular through the Victoria period in Britain, helping transport people to the seaside, spas and hospitals.

During the 1870s a similar type of chair was introduced in America; called rolling chairs, these were commonly seen along the boardwalk in Atlantic City.

The first known wheelchair that was propelled by pushing the wheels was developed in Paris in 1890, and made until 1940. This three-wheel chair had the two large drive wheels at the front, and a single small castor at the rear. This is starting to look more like our modern wheelchairs.

In the 1930s a wheelchair was designed that is very similar to modern day transit wheelchairs, when the X-frame was invented by Americans Herbert Everest and Harold Jennings. The ‘Model 8’, pictured, was built in London in the 1950s and can be folded flat for easy transport and storage. It has footrests, attendant handles and the now standard hand-propelled rear drive wheel. The Model 8 was the first low-cost, mass produced wheelchair, and was widely used in hospitals and nursing homes, so could well be one of the first mobility devices to be sold to the public care market.

After the X-frame was invented it was realised that this was the best wheelchair solution, and future advancements focused on improving comfort, safety, and reducing weight. So while the design and comfort of X-frame wheelchairs has improved over the years, as you can see from our Vista 8, the format remains the same.

In more recent years the only fundamental change in manual wheelchairs has been the introduction of chairs designed for sports such as tennis and rugby, as well as racing wheelchairs.

The chairs we manufacture and sell today are very similar to the ones that were developed during the latter part of the twentieth century. Innovations in materials have make them stronger and lighter, and new ergonomic designs and developments in cushion design have made them more comfortable – the Airrex LT is a great example of this, with its lightweight frame and adjustable armrests and footrests, with lightweight but comfortable seat and performance wheels – but the basic design of the wheelchair remains relatively unchanged since the 1930s X-frame was invented.

Head over to our wheelchair shop to discover the most popular wheelchairs available today.

All images courtesy of the Science Museum Group and released under Creative Commons Attribution 4.0 Licence.

Jon Wade
Jon Wade joined CareCo in 2019 to help develop and grow the website side of the business. He has been a health blogger since 2006, worked as Content Manager for a leading digital marketing agency for 4 years, and holds a Certificate in Health Sciences from the Open University. Jon also enjoys reading and watching science fiction in his spare time.